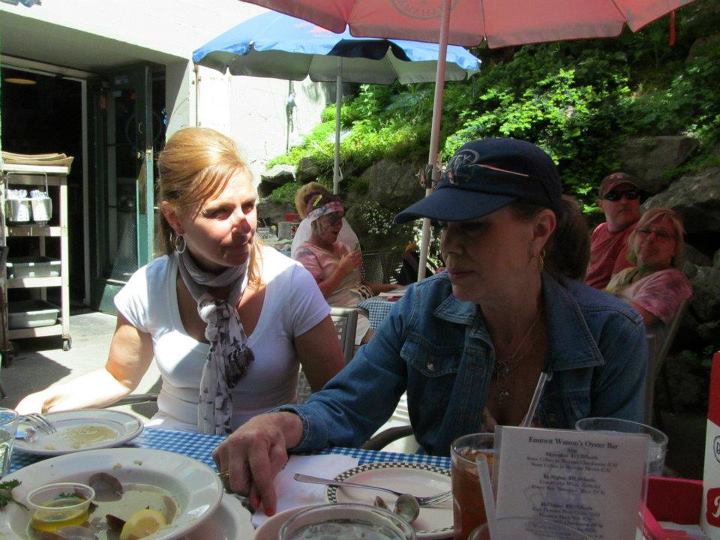 In a recent episode of a family completely broken apart, critics from all parts of the country were weighing in on their opinions on what they felt was acceptable or not acceptable behavior of a victim caught in the middle of a major crime and violation of her youth.  First and foremost without disclosing names or particular incidents, no one can ever know how another is feeling or going through, EVER!

I will share that she was a victim of a Kidnapping, and that being bad enough, learned after she was rescued, her Mother and Brother were murdered.  I do not know exactly all the family went through during this violent time, nor do I know what she encountered during her abduction.

I do not know how she deals with death, loss, and personal grief.  And neither does anyone.  What I do know is we all deal with those issues differently, and it may not be to the liking of others, or how they think we should deal with it.

From my own experiences, once kidnapped, rapped and left for dead, my actions at the time of the abduction would have probably surprised some.  I tried very hard to cooperate, talk to the abductor and I tried to reason with him, not showing panic or fear.

In an Apartment Parking lot, going to visit a friend, the assailant approached my car before I could get out, and pushed me back in, with a knife at my throat.  Instructed me to not scream or fight, or he would KILL me. I was shoved into the passenger side of my car, and my head was forced into his lap, with the knife pressed up against my throat.  As he drove away from the complex, having no idea where he was going or what was going to happen, I could only think of my children, my family and friends, and feeling like my world had just come to an end.  I prayed to God to guide and protect me, and promised I would never take my life or anyone else in vain again.  In short, when you are put in a position where your life could be snuffed out in a second, you would be amazed of how much you love life and want to preserve it.  You will do anything to save yourself.

Critics might say, “Well, why didn’t she fight, or how can she remain calm, or “I would have….”

Common Sense told me to remain calm, and by doing so, it probably saved my life.  Yes, I was violated, yes, I was injured, and yes, I was left on the side of a deserted road ditch to be found later, but most importantly, I was ALIVE.  To this day, I can remember every second of what happened and can still see the bad guy’s face, he wore a mask until he dropped me in the ditch, and had removed it thinking I could not see him, but I did.  My clear head, managed to give a very good description of my abductor, and found out after going to a line up, he had been responsible for 13 other abductions with in two weeks of mine.  He was a serial kidnapper and Rapist.

This happened January 1981.  And I can still see it, I still jump sometimes when someone walks up on me, unannounced, and I still will never forget the smells, the scars, or the way people looked at me after it happened.

In defense of this poor young woman who went through these horrific events, maybe she is not acting like someone else would, maybe she grieves differently from others, but the point is, she is grieving, she is trying to deal with it, and we have no right to criticize her or anyone.

I tend to have a tendency to show a very unemotional side when a crisis comes.  It is my way of dealing with things, I have seen so many tragic events, injuries, and suffered so much loss in my life, I have a tough time allowing my emotions to show.  This tends to bring unnecessary criticism and concern.  I tend to shelter myself, and it does back fire.  I end up with Ulcers, migraines and insomnia.

What does all this mean for the young lady?  She may be all torn up inside, and people even thinking such evil thoughts about her that she could have had anything to do with the Murders or willingly went with the man who did this, is only making her feel even worse.

How cruel can you be to even think such thoughts.  But, I do understand it happening, cause it did happen to me.  After my situation was over, even I heard via so called Friends of Friends, make comments like “Well, if that would have been me, I would have fought harder, or would have been a total mess.”  Stuff like that..

I only have one other comment to make, just like fighting a disease you did not ask for…no one asks to have their lives ended, and no one knows how they will react until they are put to the test.  For all those critics, all I want to say to you is..I Pray nothing ever happens to you, that will cause you to be judged, tried, and convicted because you did not hold your mouth right, or look a certain way, or say the right words.