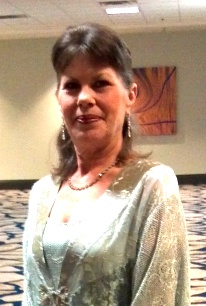 In this chapter we will be talking about Abusive behavior. For most of my life I have always heard, if you come from an abusive home, you too, will be an abuser. Like drinking alcohol, or taking drugs, we who suffer parents who abuse, we will end up just like them…

NOT! You can take either road, when you reach the fork. You can learn by others mistakes, or you can continue the legacy and become your parents.

I chose to take the road of learning by others mistakes and make sure I did not repeat them.

I get so tired of reality shows and talk shows where the guests or players, try to justify their actions by the actions of their parents, or peers.
Always crying out, it is someone else who made them who they are. It is great when the influence is a great one, leading to greatness. But that is not what I am writing about.
Those who blame others for being drug addicts or alcoholics or abusers. Like Greatness, all that happens to your character within your soul, is all you.
You have the final decision on how and what you want your life to be.

Sure, we all go through hardships, tragedies, heart breaks, disappointments, sadness, losses, basically life in general so what separates us from the ones who are dependent of others and their actions?

When it is all said and done, we have the choice on what we do with each situation, and how we will adapt, learn or grow from it.

Growing up, until I was a teenager, I was beaten, slammed, verbally shamed and assaulted almost on a daily basis. Every-time my mother took a drink of vodka, or whiskey, I knew I was doomed..from a very early age, I was her whipping object.
Never anything I might do, just the pure fact I was there. Anything that set her off, I was the closest human being to her, so off she would go. Most cases picking up anything within reach, and landing it on my body, did not matter where either. Head, back, legs, face, arms, nothing was spared.
Having to go to school was probably the hardest part, never without bruises, cuts, hair loss, and back then, no one ever questioned or cared.
In today’s world someone would have called Child Protective Services would have been called or the police.
My friends all knew what was happening, but again in those days, people did not want to be involved so nothing legal was ever pursued.

The sadness that derived from my pains, and torment, was beyond belief. Suffering from Ulcers as a child and teenager, all due from keeping all the suffering inside, and no one or thing to vent too.

Wasn’t until I begged my real father to take me, living in another state, at the age of 15, I finally got out of there. At the age of eleven, I was subject to another very tragic event, all driven by alcohol and anger.
My half sister, who at the time was only 23 months old, was accidentally shot with a 38 cal. handgun, by my own mother, and is lucky she is still alive. Unlucky because the gunshot paralyzed her from the waist down permanently.
At the time, I was staying over at my maternal grandmother’s house, so when the news came, we were all devastated. My mother was in Jail, and my little sister was fighting for her life in the hospital.
I will never forget the headlines in the paper, “Mother Shoots Tot” was the story.

Again, fighting with my Step-father, and pulling out a gun to scare him, it accidently went off, and hit my sister within inches of her heart, went through her and into an airconditioner in the living room window. My sister was standing in her Play Pen which was located in the living area, close to the couch where my mother was sitting. The gun residue on my mother’s hand did substantiate her story. However, accident or not, it should have never happened, and it all comes back to abuse of alcohol and tempers.
Now, picture this, I am at my Grandmothers, and no where near the house where this happened, and to this day, I will never forget one of the first things my mother said to me when we went to see her in Jail. “It is all your fault, if you would have been home with us, your sister would have probably not been hurt. You could have been looking after her, and got her out of the room when we started fighting.”
Yup, that is what she said..I was eleven years old, and yes, anytime they did start fighting, I would protect my sister as well as I could.
I would also make sure she got fed, and diapers changed.

Now, compound that with everything else, and you tell me, how should I have grown up?

By age 15, I did move in with my Dad and Step-Mother, but that was another bad situation.
My heartaches and abuse did not stop at my mothers..continued…