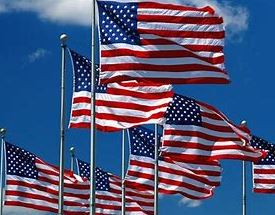 A lot has happened since my last blog post, and last Chapter. My story is different now, thanks to growing older and becoming more engaged with life. Becoming older, we tend to look back on our lives and wonder how did we ever survive, or why didn’t we realize the good parts more that shape us and make us who we are. Realizing now, if I had not been through so many hardships and tragedies, my life and my world could and would have been much different, and possibly not for the better as I see it now.

Since my last chapter, we have suffered hurricanes, deaths, pandemics and a new world order that seems to have lost the fine art of morals and respect. To see our world now as it is, becomes more and more depressing and very hard to comprehend.

As a child, in the fifties and sixties, times were at times radical and challenging, there were riots, anti-war protests, the Civil Rights movements and Viet Nam which took a major toll on our Armed Forces and families here at home. There were “draft dodgers” and those who volunteered to fight for their country. The battle of those against our involvement, verses the patriotism shown by those who went into battle, continues to live on. Many good things came from all of the protests and the Civil Rights movement, however, the climate back then was so much different and leaders of our Free World were more influenced by positive ideas and actions rather than violence and destruction that seems to plague us today.

I spent most of my time growing up with my Grandmother, in a prominent Black neighborhood. Until the age of 15, product of divorce, a father who was never around and a Hispanic Stepfather who constantly argued and fought with my mother. Growing up I was taught all people were God’s children, and when I asked my Grandfather Santello, who by the way was an Italian Immigrant, and WWI Army Veteran, who served under Sam Houston, Jr. as his aid, then opened up a local Ice House and was a Deputy for the Bexar County Sheriffs Department, why we looked different from my other family and friends, his reply was simple, “God made us all different because we are all special, and he can recognize all of us by our special qualities.” “But, inside, we are all the same.” I never forgot that, and never forgot my friends of all colors who loved me for me, and who helped me through some very difficult times. When my Grandfather died, over 200 Persons of Color attended his funeral. That speaks volumes.

We elected Donald J. Trump as our President in November 2016. To date this administration has endured many challenges, with our most recent being Covin-19. A pandemic that was unleashed in January of this year, and continues to spread and take lives in it’s path. One of the most challenging efforts is trying to determine when is it safe to get back to work and children back to school. Along with this challenge comes more protests, more riots and more destruction. Unfortunately, in part to the deaths of POC, suffered by the hands of Law Enforcement. Not new, and not situations that never happened in past years. The only difference now, a society who has been plagued with negative press, and law makers who try to use these current injustices to fuel their desires to over throw the current administration. With the last Administrations, there was already a prejudice against Spiritual teachings in schools and recognizing religion on public lands. So my question to the public is this, why did everyone wait until Donald J. Trump became President, to act on changing and rebelling against Confederate Statues, Flags, and Protest Social Injustice? And, why has Socialism become popular? Not to mention Persons now elected officials who fled Oppression, want to make America like where they came from, if they love being oppressed and controlled in everything they do and even say, then why don’t they just go back to where they came from.

The way I see it, America is not perfect, and our History teaches us we had to work hard to make many necessary changes so all Americans would have a chance to thrive, grow and be an important part of our democracy. However, what I see is a very spoiled group of newbies, not truly educated correctly to our past history, and is now taking full advantage of the Freedoms so many fought hard to preserve and protect. They have no idea what it would be like if America was like some other countries where, even saying the wrong word can get you killed. Countries who don’t honor or protect women, or anyone who is not of their race. Countries who do not tolerate transgenders, Gay, Lesbians, or Bi-sexual behavior, adulteries, stealing, cheating, talking negative about leaders, etc… So this is how they want to govern our America?

You may think you can erase history by tearing down Monuments and Statues or change the names of buildings, military bases, and Sports Teams. etc. but remember this, because of our history, no actions, nothing written or spoken today would matter and would all be mute. And, be careful what you try to change or boycott, without doing your homework, you may create more damage than you could leaving it alone. Case in Point. Aunt J’s Pancake Mix and Syrup. Or how about Washington Redskins, named in honor of an Indian and approved by his Tribe. There are so many symbols and emblems I don’t approve of or understand but out of respect, I chose not to destroy and try to learn about them. Everyone in my generation has seen many changes in our lifetimes, but I am totally blown away at what is happening now, and it is heartbreaking.

I Wish there was as much energy and focus on Cancer and Terminal Illnesses as there is about Covin-19 and Riots. The money and time being spend on those two issues would probably be able to fund a cure for Cancer. How many lives are lost every day to Terminal Illnesses and Cancer?