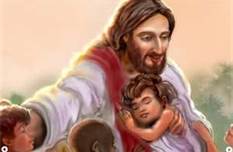 Here is a topic that I hope reaches many. No it does not deal with terminal illness directly, however if not treated can turn into a future Serial killer!
Like so many cases where if something is not caught Identified and treated can lead to serious consequences down the road.

I was watching a Baptist Minister on TV a couple weeks ago, and realized for the first time, I actually became intrigued with what he had to say. I am Non-Denominational, and my Church is Lakewood, however occasionally I do like to listen to other people who speak the word of God and hear their prospective on various issues.

His Topic was Children and discipline. Are parents doing enough to keep their children in line with growing up to be decent adults?

Not hardly, I see it with my own children raising their children, and to be honest, I do tend to differ in their judgements and attitudes regarding discipline.

There is truly a huge difference between how I was raised, how I raised my children, and how they are raising theirs. And, according to some very intelligent people, huge mistakes are being made.

As a child, I was abused severely. Mentally and physically. However, in the scheme of things the punishment may have been extreme and the reasons unjustified but because of the notion that if I did not behave I did get punished. Did not matter what where or how, you knew you better not act out or act up, or you were going to get it. Whether it be a belt on the butt, or a willow switch on the legs, you knew you were in trouble if you messed up.

With that in mind, kids back in the day, tended to be a little more mannered, more respectful, and if Momma said, “Wait till your Dad gets home” you shook in your shoes until he walked through the door.
Was it fear or respect or a little of both? Same in our Schools, if the teacher made a statement like “I am going to send you to the Principals office” you knew what that meant, and you knew you best stop what ever was annoying the Teacher and behave. Respect or Fear? I think a little of both. This was a time when children referenced Adults by their last names too. You never called an Adult by their first name, it was “Mr., Miss, Or Mrs.” It was very disrespectful to do otherwise.
Fear or Respect?

It is proven that those who console a child out of control, is sending the wrong message. When babies act out, you now will hear, “oh he or she has a temper and just needs….isn’t that precious or cute..”
If they are not shown at a young age that some actions will not be tolerated, then it continues into toddler, then teenager, than adulthood.
Each time as they get older it becomes more serious and more challenging because it was not handled properly at a very young age.

Now they have grown up to be abusive to their friends, loved ones, strangers, spouses…is it still cute now?

Sometimes parents today think taking the calm subdued approach is the healthier approach, or let’s just ignore them and they will stop, or let’s just cuddle them every time the cry or have a hissy fit, or give into their temper tantrums by giving in and that will quite them down..Really? And what is that truly teaching them? That it is okay to throw a fit every time they do not get their way, cause in the end, they will get what they want? Is that what you really want to teach them?

Then you have the “Guilt” syndrome..”Well, I have to work, so not around much, so I better spoil them with goodies or prizes even for Bad Behavior. Really?
Without you working, what would they have? So you have to feel guilty because you are putting a roof over their heads, and food on the table? Really?

Yes, children grow up way to fast, but you are not going to slow down the process or condition them to be better Adults by being to passive. You can enjoy the time with them and enjoy being with them, if you just start being “Parents” instead of trying to be their Friends. Love comes in many forms, and by not disciplining them correctly is not showing love, it is showing laziness and improper guidance.

Better and Bigger people have been in “Dysfunctional” families, and have grown up to be fantastic human beings. They have learned to appreciate, love, respect and care for all things without using anger or abusive behavior.

Case and point to the above and the Minister who talked about it, he stressed to all parents or future parents to be, sometimes a small pat on the butt can go a long way…

“Don’t Make me Stop this Car!” Should be back, along with “I will Take your Butt outside”
and my all time favorite..”I brought you into this world, I can take you back out!”

Just think about it, and maybe it is time some change their ways….The life you save may be your own…or your children’s.